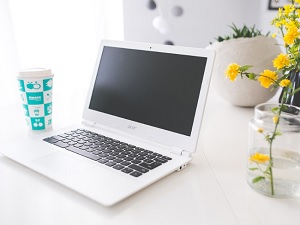 Chromebooks are fun, cool machines that are incredibly popular with students, hipsters, artists, and the like. However, the company hasn’t been able to penetrate the Enterprise market with their product. It’s not hard to understand why.

Overwhelmingly, businesses use Windows-based machines. Many of the applications businesses rely on simply won’t work on a Chromebook, and there’s no viable equivalent. Even if there was, why bother switching when what you have is working?

It’s a fair point, and Google is taking steps to remove that objection to giving their Chromebooks a try in the Enterprise environment. The company is currently working on a dual boot Chromebook that will allow users to select either Windows 10 or ChromeOS at startup.

It’s a lot harder than you might think. Unlike Linux, which can coexist on the machine with ChromeOS, allowing users to run both operating systems at once if you like, that’s simply not possible with Windows. You can run one or the other, but you can’t run them both at the same time.

It’s an interesting move, but industry insiders don’t expect the change to boost Chromebook’s Enterprise footprint much. True, if an employee has a Chromebook at home and sometimes does work on it, the dual boot option will make that easier to do. Honestly though, the Chromebook doesn’t bring anything new or terribly useful to the Enterprise environment. Until and unless that changes, having a Chromebook that’s capable of running Windows 10 is interesting, but also unlikely to change many minds.

Even so, if you have employees who have been complaining that they can’t use their Chromebook to do work for your company, let them know that’s soon to be changing. It’s a small thing, and it won’t impact a huge swath of the people you employ, but it might bring smiles to a few faces at your firm and improve morale. That’s never a bad thing.