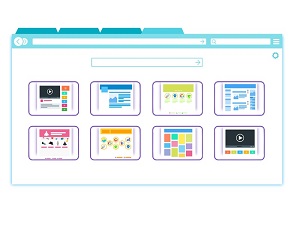 At one point or another, everybody has done it. You open a browser and type in the URL of a site you visit frequently. In doing so, your finger slips and you mistype it. Sometimes, nothing comes of it except that you get an error message. Knowing that, increasing numbers of hackers have gotten into the habit of buying up domains that are slight misspellings of popular, mainstream brands.

Invariably, the hackers will then create a site that looks identical to the real site. A careless user won’t notice the difference. From there, it’s as simple as generating a popup message asking the user to update an app (Flash player or the like) so they can properly view the site’s’ content, and the user is doomed.

Fortunately for users, big tech companies are actively looking for ways to curtail hacking activities, and the latest change Google is making to its Chrome browser seeks to address the exact phenomenon described above.

The company has been testing a new redirect feature since version 70 of the browser and it’s now ready for prime time. In the latest build, you can enable it as an “experimental feature” if you want to give it a test drive.

The new feature is self-explanatory. Chrome has an extensive database of likely typos. When you make one, a drop-down panel will appear under the URL bar, which is a visual cue that you may be about to visit a site you hadn’t intended to. Getting yourself redirected to the destination you intended from there is as simple as clicking.

Ultimately, this is destined to become a standard feature of Chrome, although there’s no set timetable for that. For now, it’s easy to begin experimenting with the feature if you like.