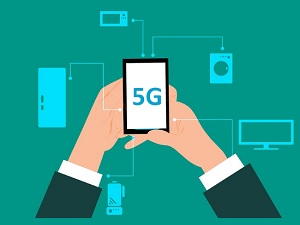 AT&T is getting some pushback for what most industry insiders are calling a misleading indicator. It has started to appear on many new smartphones including both Androids and iPhones. With the latest update, a growing number of customers are now seeing a “5G E” indicator on their 4G phones, which leads to a momentary surge of excitement, leading customers to believe they’re using 5G technology.

The indicator actually stands for 5G Evolution. It’s still 4G technology. It does have some enhanced features not found on other 4G devices, including 256 QAN, 4×4 MIMO and three-way carrier aggregation. Even so, it’s a far cry from being 5G technology, which isn’t slated to roll out until sometime in 2020.

AT&T defended the move with the following statement:

“5G Evolution is our first step on the road to 5G. It is now live in over 400 markets with more to come, and soon our most popular smartphones will start displaying the 5G E indicator to let you know when 5G Evolution coverage is available.”

Both users and the company’s competitors have widely mocked the indicator. Customers expressed a range of emotion that spans from frustration to outrage. For the time being at least, AT&T is sticking to its guns and shows no signs of backing away from the indicator. In fact, AT&T Communications CEO John Donovan dismissed the complaints by saying simply “Our competitors are frustrated.”

They’re not the only ones. Although at this point, it’s unclear what (if any) backlash the company will face courtesy of unhappy customers.

Honestly, although the move is ham-fisted and a bit deceptive, AT&T isn’t likely to lose many, if any customers over the issue. It is something of a public relations black eye. Long story short though, don’t be fooled by the new indicator. 5G is still quite some distance away.