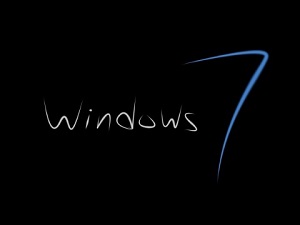 Despite that there are still a shocking number of Windows 7 users spread around the world, Microsoft has kept with its previously published end of support schedule, and is no longer supporting the venerable product.

The company has also begun quietly pulling the plug on applications that were central to the Windows 7 user experience, including (according to updated support documents) Windows Media Player and the Windows Media Center from versions 7 and 8.1 of the OS.

One of the most notable changes from a user’s perspective is the fact that audio and video meta data will no longer be updated.

A company spokesman had this to say about the recent change:

“Going forward, you may be unable to view information (metadata) such as the title, genre, and artist for songs, and the director, actors, cover art and TV guide for movies in Windows Media Center and Windows Media Player. After looking at customer feedback and usage data, Microsoft decided to discontinue this service. This means that new metadata won’t be updated on media players that are installed on your Windows device. However, any information that’s already been downloaded will still be available.”

The most important detail to make note of, however, is this: If you’re currently using Windows Media Player on Windows 10, your metadata will not be impacted by this change. It will continue to be updated normally.

While the older versions of Media Player will still function, this is the latest in a series of gradual steps to move the company completely away from the oldest products in its lineup, in preference for the latest version of the OS.

Industry insiders generally regard it as the right call and a positive development. Although if you are one of the people still relying on your old Windows 7 machine, you may not share that view. Time, however, marches on, and it’s well past time to start making plans to migrate away from Windows 7.