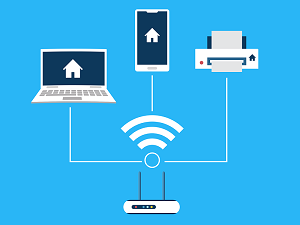 We barely got to know Wi-Fi 6 but companies like Qualcomm are already making plans for the next generation of Wi-Fi technology. They are working on Wi-Fi 7 which is otherwise known as 802.11.

Granted, the new standard is a long way from being ready to roll out, so don’t expect to see any equipment on the market that’s capable of supporting it until late 2024 or early 2025.

Even so, the fact that companies are already developing and designing around draft releases of the new standard shouldn’t come as a surprise to anyone. Although we don’t have many details about Wi-Fi 7, we do know that it will be faster and increase bandwidth by a significant amount. We don’t have a firm handle on exactly what that means, though.

The best guess is that based on early drafts of the standard, the maximum nominal throughput of Wi-Fi 7 will be nearly five times faster than Wi-Fi 6 and marginally faster than a Thunderbolt ¾ connection.

Naturally, those are theoretical upper limits. So in the real world, once actual gear is in place, we won’t see anything quite so lofty. Faster is faster though and based on what we know about latency improvements, we can expect it to be at least twice as fast as the current standard.

One of the most significant changes coming will be the fact that Wi-Fi 7 will transform routers into multi-link devices. So as far as your Xbox or smart speaker is concerned, they’re all the same thing. That’s good news for end users because it will require a lot less in terms of configuration. The router will simply pick the frequency with the lowest congestion and send data over that channel.

There are still many details to be ironed out. Between now and the ratification of the standard, there will undoubtedly be a whole host of changes in the months ahead but this is great news indeed. We can hardly wait to see what the future holds.