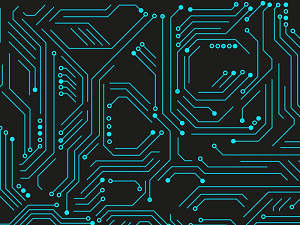 Over the past few weeks, there’s been a bit of an uproar on various social media channels. Many AMD users are reporting inexplicable changes to their BIOS settings which users were never asked to approve.

AMD began investigating the issue and isolated it to AMD Ryzen chips and it appears the company’s user base was correct.

There’s an issue with some AMD systems built around combined AMD CPUs and GUPs. These were apparently introduced with the release of the AMD Adrenalin graphics card software version 22.3.1 which was released on March 17, 2022.

The Radeon Adrenalin driver introduced the auto-overclock feature back in September 2021 in a bid to offer users an easy way to increase system performance with a single click. Unfortunately, the software mentioned above automatically changes the setting whether it’s needed or not.

The good news is that you get faster speed and better performance. The bad news is that doing so generates more heat because the chips must draw more electricity. Overclocking can also increase stress on the hardware and reduce longevity. So in the longer term there is a real cost associated with it which is why so many users were in an uproar over the unasked changes.

If you’re using an AMD system and the Adrenalin driver, you should update to the latest version as soon as possible. Your system may be overclocking without you even realizing it (and it probably is). That is almost certain to shorten its useful life.

Kudos to the sharp-eyed user community for catching the issue so quickly and to AMD for being equally quick to respond. This is one of those cases where the company was acting in good faith and in a bid to increase convenience for its user base, they ran afoul of an unintended consequence. Easily remedied, but something to be aware of.