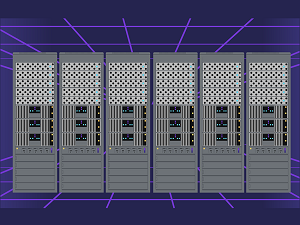 The company noted that they did not check for the level of access possible, or the exposure of specific data. The fact remained that the server itself was visible and that alone was a security risk, regardless of any other factors.

The United States led the world in terms of total number of exposed servers, with just over 1.2 million, but there were also substantial numbers to be found in Germany, Singapore, the Netherlands, and China.

The company broke their scan down in much more detail and granularity in their report.

Here are the highlights:

And here’s the bottom line:  An exposed MySQL server has serious security implications that can lead to a catastrophic data breach that sees a company lose control of proprietary data or sensitive customer data.

In addition to that, it can give hackers an easy inroad to mine your network with a wide range of malware, allowing them to siphon data from you in real time and over an extended period. They can also wholesale encrypt your files and demand a hefty ransom to regain access.

None of those outcomes are good for your company, so if you’ve got a MySQL server, check to be sure it’s properly secured today.