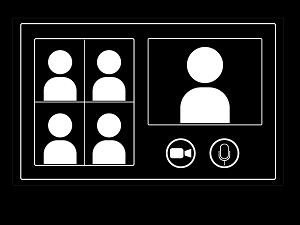 Do you use Microsoft Teams?  If so, you’ll be thrilled to know that the Redmond Giant is continuing to pour resources into improving the software with a specific focus on audio and video quality.

Recently, the company announced a plan to add echo cancellation, which is a feature that legions of Teams users have been clamoring for.

When the company made the announcement, they also revealed that they’re using machine learning algorithms to “teach” Teams to learn the difference between the speaker’s voice and a background sound. The goal is that echo cancellation will never mute (or even partially mute) a human speaking, even in instances where several people are speaking at once.

The machine learning algorithm is being “trained” using a model that contains more than 30,000 hours of speech. To head off questions on the topic, Microsoft stressed that no customer data was collected for the data set used to train the new models under development.

“Instead, we either used publicly available data or crowdsourcing to collect specific scenarios. We also ensured that we had a balance of female and male speech, as well as 74 different languages.”

Since the Pandemic, Teams has grown to be one of the most widely used virtual meeting platforms and we are thrilled to see Microsoft directing so many resources to making it better, both in terms of basic functionality and overall user experience.  The planned inclusion of Echo Cancellation is proof positive that the company listens and responds to customer requests.

Kudos to Microsoft for a great job in recent months, both here and on the Windows 11 development front.  While it’s true that the company has made more than its share of missteps over the years, their recent track record has been exemplary.