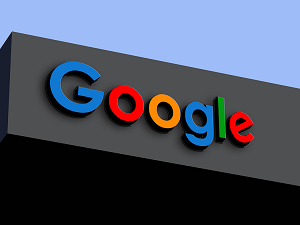 “Just Google it.”  You’ve probably heard that phrase a thousand times.  In fact, you may use it yourself on a regular basis.

Unfortunately, Googling it wasn’t possible recently.  The iconic search giant went dark across broad swaths of the world and simply could not be accessed at all for thirty 34 very long minutes.

It was a very strange experience, fumbling through the internet without Google to guide the way.  Strange and frustrating.

At the root of the outage was a botched software update that rendered both Google Search and Google Maps inoperable for a time, and #Googledown became a trending hashtag on Twitter.  Google Workspace users faced similar difficulties, as they rely on portions of the Google Search technology to function correctly.

Thankfully, Google’s engineers were quick to respond, and they corrected the issue with admirable speed.  Nonetheless, for many ‘netizines’, it was the first time in living memory that Google didn’t dominate the virtual landscape.

Of course, there are plenty of other search engines out there. During that time, many of them including Bing and DuckDuckGo in particular, saw impressive surges in use that they’ll be talking about for months if not years to come.

And then Google came back to life and those surges in use stopped as quickly as they had started, like the tide going out.

In any case, if you were one of the hundreds of millions of people around the world who experienced a sense of frustration at not having access to what has become the dominant search engine on the web, that’s why.  A botched software update brought the biggest search engine on the planet to its knees for a little over half an hour.  Here’s hoping that doesn’t happen again any time soon!