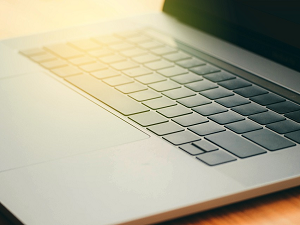 Recently, Apple has agreed to pay out $50 million to settle the suit that alleged that Apple knew about flaws with the butterfly keyboard’s switches it built into several MacBook models.

The keyboards were first introduced by the company back in 2015 and proved to be incredibly unreliable.  The least bit of dirt, dust, or grime could make it so that keys got stuck or stopped responding altogether.

For their part, Apple attempted several times to fix the issue, but each attempt failed. That was because unfortunately, the company never addressed the core issue, and the company eventually retired the butterfly keyboard in 2020.

The judge still must give final approval to the proposed settlement agreement. The important bit for Apple users is that if you owned a computer with a butterfly keyboard and spent money trying to have it repaired, you may be contacted once the agreement is finalized and be eligible for compensation.

There’s one rather significant catch, however.  You’ll only be eligible for compensation if you live in California, New York, Florida, Illinois, New Jersey, Washington, or Michigan.  People who live in other states were not included in the class.

People in the first tier will get the most, and people in the third tier will get the least. Total payouts are expected to range from $50 at the low end to as much as $395 at the top end.  That’s obviously not enough to replace your system if you happen to still be using it, but it’s a good start.