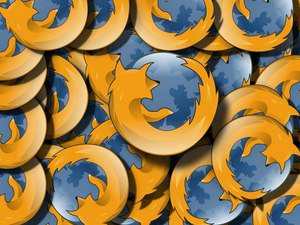 A new Colorways theme, Firefox view, PDF editing, text recognition, and extraction on macOS are all included in the most recent Firefox Stable release.

One of the most notable new features is Firefox view. The accessibility of previously opened tabs in the web browser is improved with Firefox view. However, Firefox view also enables users to access tabs from desktop or Android Firefox browsers. This distinct feature will allow users to switch between devices, making it a more convenient browsing experience. Firefox View has three sections: Tab pickup, Recently closed, and Independent voices. However, if consumers are not interested in Firefox View, it is simple to disable it. Users can right-click the Firefox symbol in the browser’s upper left corner and select “Remove from Toolbar.”

A Firefox account is necessary to use the tab pickup function. Mozilla uses Firefox Sync to display recently visited pages on other devices within this section. The title, favicon, URL, time stamp, and name of the device the user used to view the tab are all displayed. Additionally, a context menu is visible by right-clicking on a tab. This capability also imports tabs from previous versions of Firefox on the same device. This unique feature allows users to pick up where they left off reading from their phone, tablet, or computer.

The recently closed section displays the most recent tabs that have been closed in the current window. Details about the closed tab are shown here, such as its title, URL, favicon, and timestamp. Unfortunately, there is no ability to conceal specific closed tabs. However, the arrow button allows you to collapse the recently closed tabs section.

Users can also recover closed tabs by left-clicking. This functionality is helpful if users mistakenly close a tab. However, because recently closed tabs are not synced between devices, Firefox will only show the tabs that were closed in the current browser. Therefore, when users close a tab and exit the browser, the tab is not recoverable through the recently closed section.

Firefox users can alter themes, set intensity, and apply themes with one click by enabling Colorways to provide a customizable browsing experience. There are eighteen new themes currently available through January 16, 2023.

Users of macOS 10.15 (Catalina) or later can benefit from text recognition and extraction. Unfortunately, the feature currently only supports English on macOS 10.15. However, macOS 11.0 (Big Sur) or later support a more comprehensive range of languages. Users can right-click the image and select “Copy Text from Image.”

Following the text recognition prompt, a modal box with a loading animation will analyze the text in the image and automatically copy the text. Additionally, VoiceOver is also compatible with text recognition.

In the 106 release, Mozilla made sure to include improvements for developers.

Most versions of Firefox will update automatically. However, users can see what version of Firefox they are using by going to the menu and selecting Help > About Firefox and manually upgrade. As of right now, the release date for Firefox 107 Stable is November 11, 2022.

Overall, Firefox 106 adds a slew of new features and enhancements for all users. Whether you’re a casual user or a developer, this update has something for everyone. Check out all of the new features that Firefox has to offer.