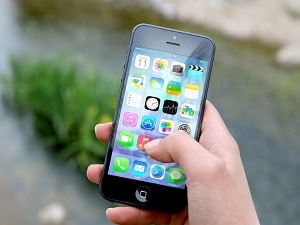 One of the unfortunate truths about apps is that many developers use deceptive practices to try and confuse consumers.

They try to mislead them about how much custom features cost and when in-app purchases occur.

Many attempt to hide or obfuscate the particulars of subscription details.

The thinking here is pretty simple: First of all, a customer might not notice the charges on their payment card right away. If the amounts aren’t excessive, they may not be in a huge rush to shut them down. In both cases, the result is more money in the developer’s pocket, which is of course what they’re hoping for.

Apple, however, isn’t having it. The company made some important revisions to its App Store guidelines that specify in clear, unmistakable terms exactly how in-app subscriptions and opt-ins should be presented to users. The new rules can be found in the company’s “Human Interface Guidelines” document, which is part of the App Store’s library of developer resources.

Developers must clearly present the true cost of any subscriptions offered, with the true cost being defined as the actual amount to be billed.
Auto-renewable subscriptions must be opt-in, with no hidden or potentially deceptive clauses
In cases where an app is free during a trial period and then to be billed when the trial period expires, the developer must prominently display the price to be paid and all of the other terms for renewal.
It’s unfortunate that the company had to take steps to spell these kinds of things out explicitly. One would hope that developers would play fair in the name of their own brand image, but historically this simply hasn’t been the case.

This is a good step, but how effective it will be remains to be seen. Changing a policy is one thing. Effectively enforcing it is a completely different challenge, but it’s a beginning.