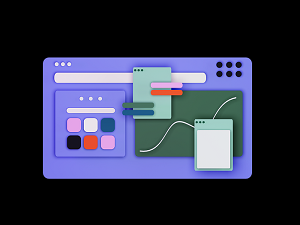 Are you excited about Windows 11?  Many people are and in fact there are legions of beta users who are in the Windows Insiders group so they can get a sneak peek at some of the features on deck as updates are released.

One of the coolest new features making its way through the development pipeline is the “Restore Apps” feature the company is working on.

Its development came about from the realization that one of the most time-consuming tasks associated with setting up a new PC with a fresh Windows installation is the process of restoring all your previously installed apps.

This new feature aims to shortcut the process. Unfortunately, it doesn’t work with desktop applications, but any app you’ve downloaded and installed from the Microsoft Store can be put back in place via a single click, and that’s amazing.

Microsoft had this to say about the new feature:

“To make it easier for customers to transition to their new PCs quickly and seamlessly, we will soon test a new feature in the Windows Insider channel that helps customers automatically restore their apps, previously installed from the Microsoft Store, to their new Windows device.  This will also help developers retain their customers without having to remind customers to re-download their app.”

In addition to the “Restore Apps” feature, Microsoft will soon be adding the ability to install apps directly from a search in the Windows 11 Start Menu. Given that many people use the Start Menu’s search function to find new apps, this is a natural fit. By not having to access the Microsoft Store directly, it saves a step while offering a bit of added convenience.

While neither of these are available just yet, they will be soon. So if you’re a Windows Insider, be on the lookout for them.