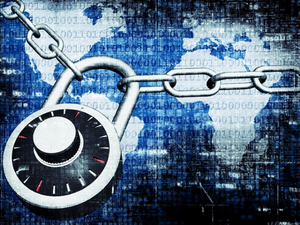 The feature is comparable to Apple’s ‘App Tracking Transparency. However, unlike Apple, DuckDuckGo’s method does not rely on app developers’ compliance with user choice.

All known trackers are blocked.

According to DuckDuckGo, Android users have an average of 35 applications installed on their smartphones, resulting in between 1,000 and 2,000 monitoring attempts every day for over 70 tracking organizations.

As users go about their daily lives using their mobile devices for things like online browsing, playing games, and checking the weather, the App Tracking Protection will ostensibly block any tracking attempts in the background.

The blockage occurs without discernible impact on device speed, which has been enhanced in the newest version of the app (v5.143.1).

Tracking is blocked based on a growing and updated list of known trackers, regardless of the user’s selection in the tracking request dialogs often given within applications.

To use the functionality, launch the DuckDuckGo app on Android, go to Settings More from DuckDuckGo, and then activate App Tracking Protection.

The functionality works by installing the DuckDuckGo for Android app on the device as a VPN, allowing it to filter traffic from other applications and disable trackers. However, unlike a typical VPN, it does not give privacy when surfing the web or connecting to external devices and can only be used locally.

According to DuckDuckGo, the App Tracking Protection employs a local VPN connection, which means it performs its magic without transferring app data to DuckDuckGo or other distant servers.

Those interested in determining how dangerous each program is to their privacy can utilize App Tracking Protection’s real-time view to check which trackers are loaded and disabled.

App Tracking Protection is a robust tool, but users should remember that it is currently in experimental testing. As a result, it may cause sites or applications to malfunction, specific trackers to go unnoticed, or performance concerns. You may turn off the functionality if you encounter any of these problems.

The release of the App Tracking Protection beta for Android is a significant step forward in the battle against tracking. By blocking tracking attempts in the background, DuckDuckGo is helping to protect users’ privacy and security. While this beta may still have some issues, it is a valuable tool that should be considered by anyone who wants to protect their online privacy.

Bypass Android Lock Screen on Pixel and Other Devices
November 18, 2022